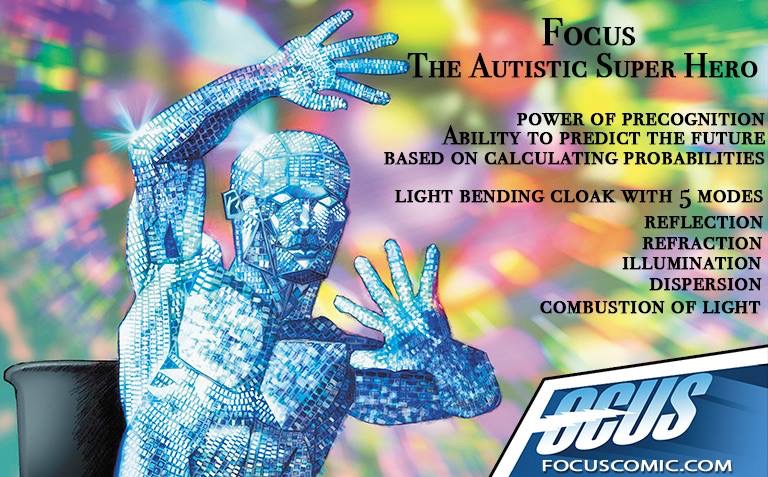 Alex was diagnosed with autism (autism spectrum disorder) as a young child and was bullied up until to his late teens. He later learned to defend himself with Kung Fu; Aikido and Karate with the help of his neighbor Mr. Wong who became his ‘Si-fu’ (meaning skilled teacher). Mr. Wong taught him the art of meditation and extreme mental focus. This technique combined with Alex’s autism enabled him to develop a form of precognition. He is able to predict crime based on probabilities. Alex later stumbled across a light bending cloak in a mysterious brief case that he found abandoned on the overhead luggage rack on a train carriage. The light bending cloak is made of high tech material as light as silk. The suit is solar powered and has a cubist appearance similar to the mirrored tiles you would typically see on a disco ball. The cloak can manipulate light in 5 ways:

A prism of light (rainbow spectrum) can be seen during all transformations. The transformation usually starts from his hands, moving up his arm gradually, spreading to the rest of his body. The default mode is reflection. The suit is powerful, but has limitations. For example, the shields are inactive when the special modes are activated. In addition, the cloak has limited power storage capabilities, so regular access to daylight is needed to maintain power levels for the suit.   The suit has an inbuilt visor, allowing the owner to access unlimited live and historical stream data from servers around the world. Alex soon took on the alias identity ‘Focus’ in order to apply his unique gifts to protect others from bullying and harm. Focus started his journey with tackling street level crime and then worked his way into tackling higher threats to society when he joined a group of heroes with super abilities called ‘The Secret Lineage’.

Synopsis for book 1: This action adventure hero comic book is based in Arizona, USA and The Forbidden City in China. Focus, one of the world’s first autistic superheroes joins the Secret Lineage, an affiliate superhero team. Together, they save the world from total destruction from evil zombies and spirits during the Hungry Ghost Festival in China. The story explores Chinese mythology, including the Nine sons of the Dragon and the Nine-dragon wall which is a spirit wall in the Imperial Palace In China. See the superheroes and the Terracotta Army Spirits in full action in this book as we get to meet Focus for the first time in this first issue! 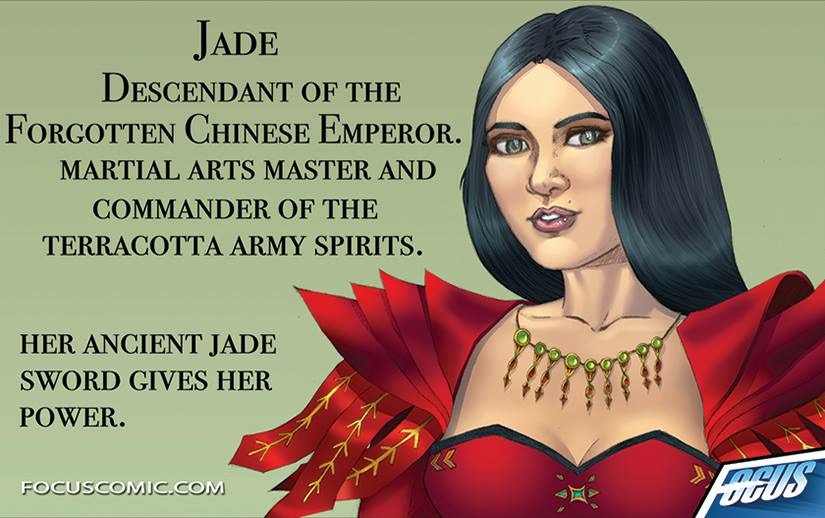 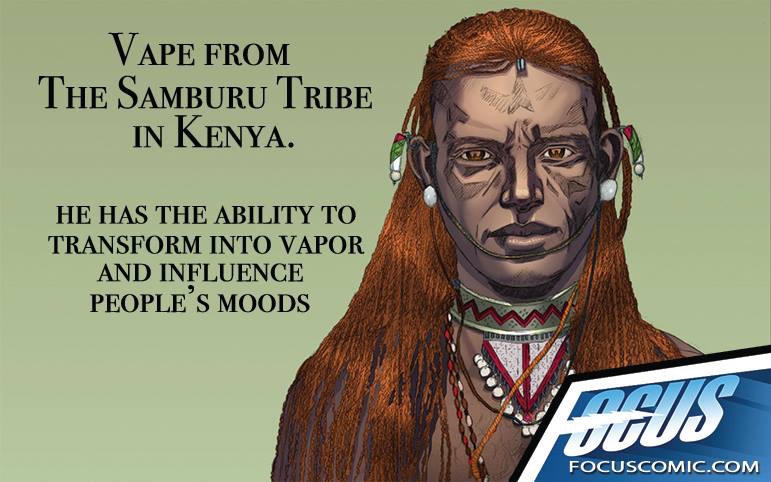 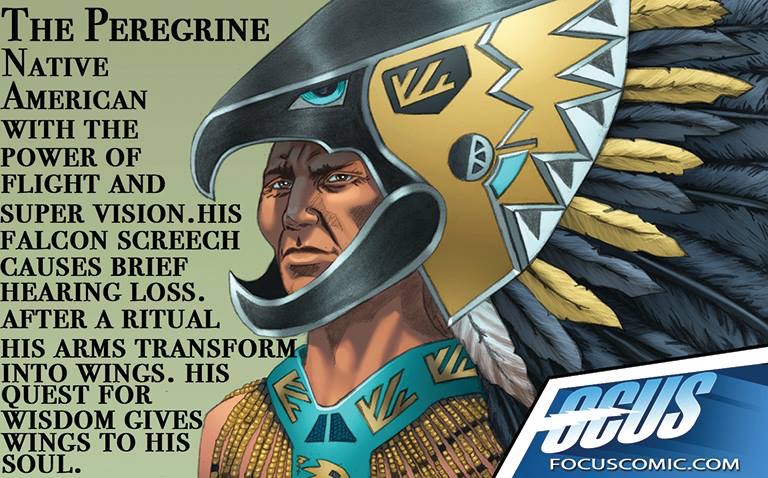 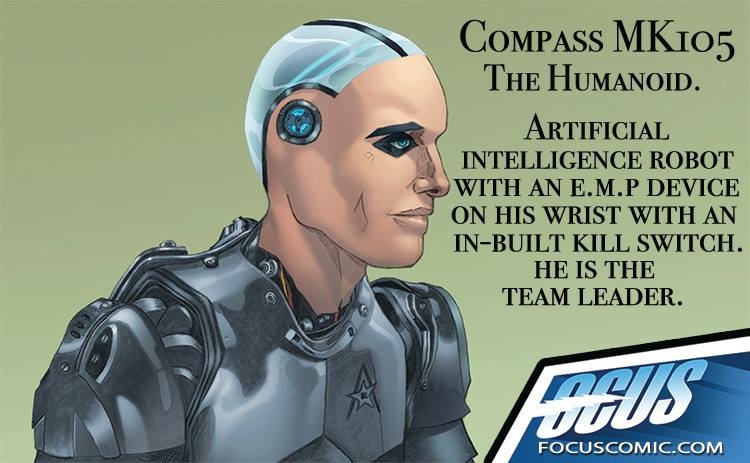 Meet The Director of The Secret Lineage: 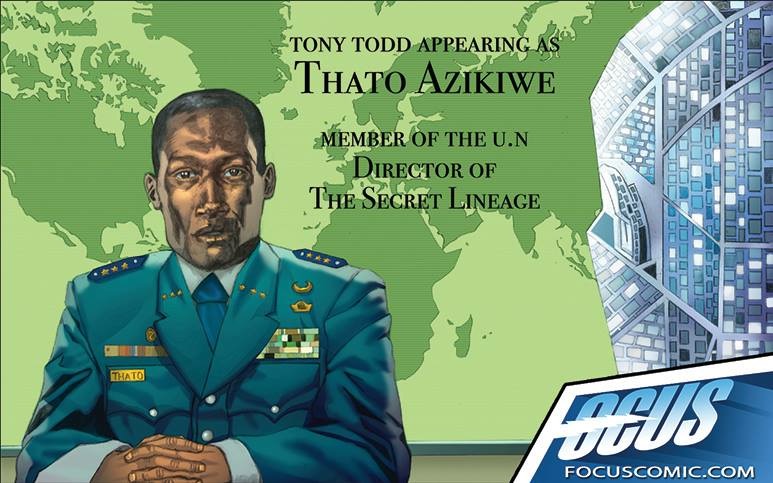 The above art is sketched by Yvonne Wan, and colored by Luis Guerrero.